2016 Faculty for Music Camp on the Canal

This year we are pleased to bring back some of your favourite teachers from past years, and especially delighted to welcome two new faculty members: Scott Macmillan and Rachel Davis. Both will be very familiar to fans of Cape Breton music and both bring international experience to Music Camp 2016. 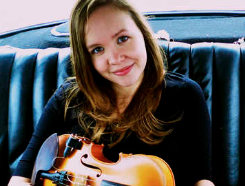 Rachel Davis is at the forefront of the traditional music scene in Atlantic Canada. Born and raised in Baddeck, Cape Breton, Rachel has brought her music to venues across Canada and around the world, including the United States, England, Scotland, France, and Australia. She has earned a reputation as one of the best Cape Breton style fiddlers on stage. Rachel has been at the East Coast Music Awards and performs regularly at the Celtic Colours Festival. She is a member of the Cape Breton Fiddler’s Association and teaches fiddle at the Summer School held annually at the Gaelic College in St. Anne’s, Cape Breton. Rachel has also shared the stage with The Cottars, Bruce Guthro, Darren McMullen, Carmel Mikol, and most recently with her new traditional Cape Breton supergroup Còig. We are very pleased to welcome Rachel to the Music Camp Faculty. 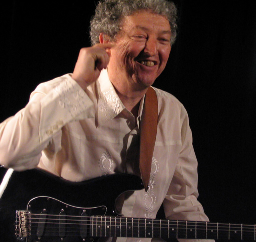 Scott Macmillan has a passion for creating music, conducting orchestras, and a global reputation as a guitar maestro who plays in a broad range of genres. He is a recipient of Nova Scotia’s top artists' recognition, the Portia White Prize. His music has taken him to places like Carnegie Hall in New York to perform his much loved “Celtic Mass for the Sea”. He has performed in prime venues in the UK, US, Germany, criss-crossed Canada conducting orchestras, and played a pivotal role in the rise of Symphony Nova Scotia’s Maritime Pops programming. A veteran music educator, in addition to his performing and recording career, Scott is a faculty member in the Music program at Dalhousie University. He lives part time in Cape Breton where he regularly performs, leads workshops, and works on his compositions. Scott looks forward to his first contribution this year at Music Camp on the Canal.

Back again to help lead the workshop and concert program, Roger is a founding member of our Music Camp faculty and has played a strategic role since we started this event in 2012. With a long career teaching voice and a diverse array of stringed instruments, Roger is perhaps best known as one of Nova Scotia's top singer/songwriters, and a master guitar player and banjo picker. Roger will also lead several workshops to share his immense knowledge of instrument and voice techniques, repertoire, and songwriting. 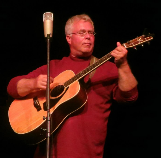 'Squeezy Bob'  is back for his second gig on our faculty, and this year will join Roger to help with organizing the workshops and concert program - this job gets bigger every year. Rob will lend his combined experience as a talented multi-instrument performer and songwriter, and his administrative and management skills, to help augment this critical role of managing our growing music program. He will also teach workshops on some of the wide range of instruments he regularly entertains his audiences with.

Allie has been at the epicentre of Cape Breton's music revival and its rise in international recognition during the past four decades. With over 125 album projects to his credit as a studio musician, he has recorded and toured with Atlantic Canadian musicians including John Allan Cameron, Rita MacNeil, Ashley MacIsaac, The Rankin Family, Natalie MacMaster, Ron Hynes, Stan Rogers ... just to name a very few. He has been a Music Director for the East Coast Music Awards, and band leader for two editions of the iconic Cape Breton Summertime Review. He has recently toured with Dave Gunning and been working on more studio projects. Last year he was a nominee in the East Coast Music Awards for his new solo traditional recording. Allie is a highly accomplished teacher and operates a private music school. We are very pleased to welcome Allie back to Music Camp on the Canal this year to focus on fiddle workshops. 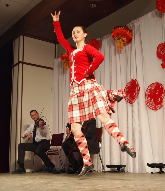 Leah Campbell is a young dancer, instructor, and choreographer from St. Peters. She has been involved in dance since the age of seven and has traveled all across the country with her talent. Leah has represented Nova Scotia seven times, competing in the ScotDance Canada Championships held in New Brunswick, Victoria, Toronto, Saskatoon, Edmonton, Vancouver, and London, ON. She has also competed in several competitions outside the country including Florida and New Hampshire. In 2014, Leah was one of the two winners across Canada who won the James L. Mackenzie award in Richmond, BC. She shares her passion and dedication for dance with her young students in Richmond County. Leah will be teaching introduction classes to highland and step dancing in this years music camp.

This talented young woman from St. Peter's performs in a wide variety of musical genres and her talents are well known around the village. She recently completed her Bachelor of Music Education degree at Acadia University, with a focus on piano performance, where she performed in symphonic band, choirs, and chamber ensembles. Chelsey has a passion for music education, conducting, and jamming in kitchen ceilidhs. We welcome Chelsey to Music Camp this year for her first time, where she will specialize in teaching our youth-oriented piano/keyboard workshops.

Heather is a multi-instrumentalist from Antigonish, Nova Scotia. She plays whistles, Scottish smallpipes, and piano accordion at Antigonish's Townhouse Brewpub each Sunday at their Irish Session. She is a member of the 78th Highlanders Halifax Citadel Grade 1 Pipe Band with whom she has competed at both the North American and World Championships. As well, she is a professional level solo piper. She was a member of the band for the “Ships of 1801” Concert Trilogy about the Highland Clearances. She can be heard on Sabra &Troy MacGillivray's “Highland Dancing Music from Nova Scotia”, and the Townhouse Session's soon to be released live recording – a project to raise funds for the local food bank. She has taught piping for many years, and is excited about teaching whistle workshops at Music Camp for her first time this year.

We are very happy to have Colin join us again this year. He is certainly well known to anybody who is a fan of Cape Breton traditional music - from his performances in the Baddeck Ceilidhs as a youngster, to his national and international tours with project bands and as a founding member of the Celtic supergroup Coig. Although he is booked for another engagement on Saturday, he will join the All Star Concert and will lead a Cape Breton fiddle workshop on Sunday.

In our first year we were thrilled when Darren accepted our invitation to join the inaugural Music Camp faculty. He taught some dynamite mandolin, tenor banjo, guitar and bass workshops over the last four years here, and has given stellar performances at our All Star Concerts. Lately he's been busy touring and recording his own multi-instrumental buffet; hanging with Dolly Parton, and peforming as a member of the award-winning Celtic supergroup Coig; providing masterful and energetic bass guitar work for Matt Andersen; touring with David Francey - among other projects near and far. We are privileged to have Darren back on our faculty for the fifth year.

Carol is a member of one of Richmond County’s most prolific musical families. Growing up in a French Acadian home she has strong cultural roots and a life-long love of the traditional songs – which she sings to her own guitar accompaniment. Garnering rave reviews from her students when she first gave workshops with us in 2014, Carol will once again introduce and teach some fun, old-time upbeat Acadian songs, and demonstrate how they were originally sung. 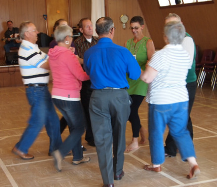 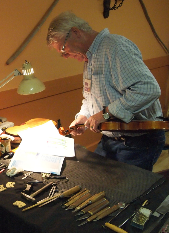 Johannes is a veteran workshop leader from our first Music Camp; and from its inception over 10 years ago as our on-site luthier during Kitchen Rackets @ Celtic Colours International Festival. A native of the Black Forest in Germany, Johannes was schooled and apprenticed in the European tradition. Discovering Cape Breton as a land of opportunity for a luthier - we have more fiddles per household than anywhere in the world - he has operated his Fiddle Shop for over 30 years in Grand Anse, Richmond County. He brings his tools and instrument examples to Music Camp to demonstrate and describe the techniques of evaluation and caring for stringed instruments with particular emphasis on his specialty, building and restoring violins. Johannes will deliver a workshop for string instrument owners and enthusiasts, and will provide on-site luthier services to campers, including assessment of their instruments, tunings, minor adjustments and emergency repairs. 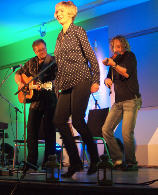 With ten independent recordings and three nominations for Fiddler of the Year with the CCMA, Kelli is an accomplished and highly successful performing artist. Her angelic voice and crisp fiddling are enhanced by her own songs and fiery step dance. She has performed for Sean Connery, for our Canadian Armed Forces and toured North America and beyond as a featured soloist with Bowfire for nine years; and performed with Wayne Rostad, Lucille Starr, Goerge Fox, Ronnie Prophet and others. This past year Kelli was instrumental in helping our federal government agree to pass the National Fiddling Day Bill - and she wrote a tune to commemorate the occasion which is being played by fiddlers and fiddle groups across the Country. Kelli is a highly sought after instructor and judge of both fiddle and step dance across Canada, and she will once again add unique vocal, dance and fiddle expertise to our workshop program in this, her second year on our faculty. 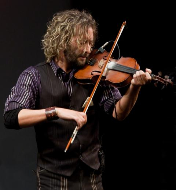 We're absolutely delighted to have Richard back for his second year at Music Camp. For more than two decades he has impressed audiences all across Canada, as well as in the US, Europe, Japan and Australia. Highlights have included TV guest appearances with Shania Twain on "David Letterman" and “Good Morning America,” Carnegie Hall with Irish legends The Chieftains, a featured performer on CBC’s Canada Day on Parliament Hill, “Rita MacNeil and Friends,” and with Jean Butler of Riverdance on "Celtic Electric". Prince Edward Island fiddler, artist, composer and entertainer, Richard is literally taking on the world. During music camp he looks forward to sharing his electrifying talents with our campers in workshops and on stage for our All Star Concert on Saturday night. 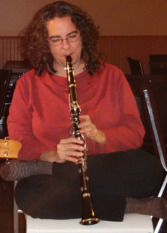 Barbara is a distinguished composer and Professor of Music at Princeton University in New Jersey.  An idiosyncratic and adventurous clarinetist, she traveled to our first Music Camp to explore Celtic tin whistle, and she is still here, warping Celtic tunes with local guitarist Charles MacDonald in their duo Fork and Spoon.  Barbara has returned to Music Camp several times to teach workshops, and we are very glad to have her back this year. Barbara will repeat her popular 'Quick-Learn to Read Music’ workshop. Great for novices and as a refresher. And we can expect to have Barbara lead a jam of St. Peter's Pennies, the official Camp Tune she composed for us in year two. Click here for the tune.