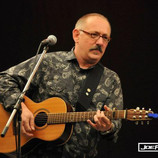 Roger returns for his fourth year on faculty, and third as our Music Director -  and as always - an important link to the musical traditions of Richmond County. A native of St. Peter's, he is an accomplished singer/songwriter, a talented and versatile multi-instrumentalist, one of Halifax's busiest musicians, and a very experienced music teacher operating his own school. As Camp Music Director again this year, Roger will be co-ordinating the overall workshop program. Campers are offered a rich mix of learning experiences. He will also teach our successful Singing 101 voice workshop, an Intro to Ukulele workshop and two new guitar workshops. Roger is also tasked with organizing the All Star Concert which will feature our faculty and – maybe – some surprise special guest stars!

KitchenRackets is proud to announce 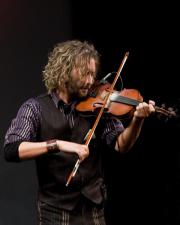 We're absolutely delighted to have Richard join our faculty this year. For more than two decades he has impressed audiences all across Canada, as well as in the US, Europe, Japan and Australia. Highlights have included TV guest appearances with Shania Twain on "David Letterman" and “Good Morning America,” Carnegie Hall with Irish legends The Chieftains, a featured performer on CBC’s Canada Day on Parliament Hill, “Rita MacNeil and Friends,” and with Jean Butler of Riverdance on "Celtic Electric". Prince Edward Island fiddler, artist, composer and entertainer, Richard is literally taking on the world. During music camp he looks forward to sharing his electifying talents with our campers in workshops and on stage for our All Star Concert on Saturday night. 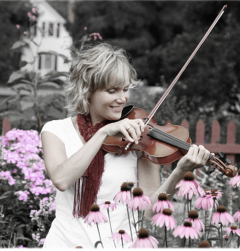 With ten independent recordings and three nominations for Fiddler of the Year with the CCMA, Kelli is an accomplished and highly successful performing artist. Her angelic voice and crisp fiddling are enhanced by her own songs and fiery step dance. She has performed for Sean Connery, for our Canadian Armed Forces and toured North America and beyond as a featured soloist with Bowfire for nine years; and performed with Wayne Rostad, Lucille Starr, Goerge Fox, Ronnie Prophet and others. Kelli is a highly sought after instructor and judge of both fiddle and step dance across Canada, and she promises to add unique vocal, dance and fiddle expertise to our workshop program. 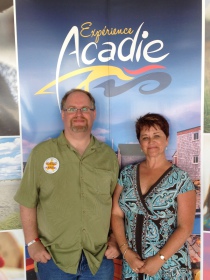 We welcome these two well-loved Richmond County performers to Music Camp on the Canal for the first time this year. Both are popular artists who have shared their talents in every possible kind of event at all kinds of venues throughout our area. Delores is a teacher, and a singer with recording projects and international performances to her credit. Adam is a noted journalist and a singer/piano player who has recorded his own projects, and backed-up a long list of Cape Breton artists in the studio and on stage.

Rob is a multi-instrumentalist who has been performing traditional and contemporary music for more than forty years. A prolific writer of songs and tunes, he is well known on the Cape Breton music scene and has taken his music to over thirty countries. In addition to his career as a solo performer, Rob has been a member of several dance bands as a musician and a caller, with a particular focus on Welsh music and dance. His recently-published ‘Tunes From The Lake’ is a compendium of tunes drawing on the traditions of Cape Breton and his native Wales. Rob lives in West Bay, on the shore of Cape Breton’s Bras d’Or Lake. Rob will be offering workshops introducing the two-row diatonic button accordion to beginners; and a tune composition class for piano and guitar players.

We have been looking forward to Colin Grant's return to our faculty this year. Colin regrets to inform us that he will not participate in Music Camp this year due to personal circumstances.

And the rest of our brilliant faculty, in alphabetical order... 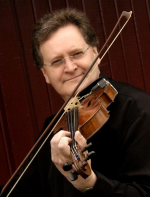 Allie has been at the epicentre of Cape Breton's music revival and its rise in international recognition during the past four decades. With over 125 album projects to his credit as a studio musician, he has recorded and toured with Atlantic Canadian musicians including John Allan Cameron, Rita MacNeil, Ashley MacIsaac, The Rankin Family, Natalie MacMaster, Ron Hynes, Stan Rogers ... just to name a very few. He has been a Music Director for the East Coast Music Awards, and band leader for two editions of the iconic Cape Breton Summertime Review. He has recently been touring with Dave Gunning and working on studio projects. This year he was a nominee in the East Coast Music Awards for his new solo traditional recording. Allie is a highly accomplished teacher and operates a private music school. We are very pleased to welcome Allie back to Music Camp on the Canal to teach some very special guitar and fiddle workshops.

We are delighted to have Cape Breton's own piano diva back for her second year on our faculty. Hilda is one of the most sought after piano players of this generation and has played on more than 50 recordings in Canada, Ireland, Scotland, Denmark and the US. A native of Cheticamp where she has played for dances and recorded since she was a teenager, Hilda is also a very good step dancer. She has played and recorded with a who's who of Cape Breton fiddlers including Winston Scotty Fitzgerald, Donald Angus Beaton, Jerry Holland, Carl MacKenzie and J.P. Cormier. Hilda has performed throughout Canada, the US, Scotland, Ireland and Denmark as well as in Dubai, Bahrain, and Afghanistan. 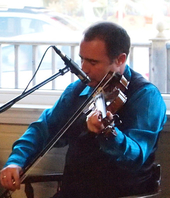 It's hard to know where to start when it comes to introducing Dwayne Coté.  Fortunately he doesn't need an introduction to anybody in Cape Breton, or to many people who are enthusiasts of contemporary traditional fiddle music. For the rest of you: Dwayne is a unique musician who has taken Celtic music to new plateaus on a global scale. He is a true virtuoso, and one who has infected gypsy, old time, swing, country, bluegrass and many other genres – including classical music – with the Celtic traditions that are his roots. Dwayne loves to teach people - especially the young 'uns - to play the fiddle, and to help guitar players feel and play Celtic rhythms. A veteran music camp faculty member, Dwayne will offer his unique Fiddle-from-Scratch workshop again this year.

Paul is an experienced tinwhistle instructor who offers his students an animated workshop, and plenty of take-home resources to practice new skills. A transplant to Cape Breton from his native Ireland, Paul has been active in bringing contemporary Celtic, and especially Irish music to the Strait area of Cape Breton and to the world via the internet. He created and hosted a weekly radio show, The Music of Ireland, for 30 years, while becoming an accomplished tin whistle and bodhran (Irish drum) player with a long list of local performances. He participates in local music projects as an MC and session player for the St. Peter's Summer Ceilidhs and Jams; and as a whistle instructor for Kitchen Rackets events over the past 10 years or so. 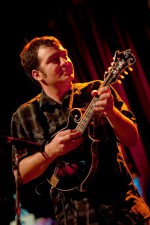 In our first year we were thrilled when Darren accepted our invitation to join the inaugural Music Camp faculty. He taught some dynamite mandolin and tenor banjo workshops over the last three years here, and given stellar performances at our All Star Concerts. Since then he's been busy touring and recording his own multi-instrumental buffet; as a member of the amazing Sprag Session and Coig (with Colin Grant & friends); and providing masterful and energetic bass guitar work for Matt Andersen - among other projects near and far. We are privileged to have Darren back on our faculty for the fourth time. This year Darren is ready to add a DADGAD and a bass guitar workshop to his very popular mandolin sessions. 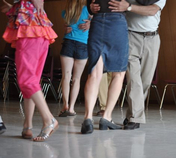 Johannes is a veteran workshop leader from our first Music Camp; and from its inception 10 years ago as our on-site luthier during Kitchen Rackets @ Celtic Colours International Festival. A native of the Black Forest in Germany, Johannes was schooled and apprenticed in the European tradition. Discovering Cape Breton as a land of opportunity for a luthier - we have more fiddles per household than anywhere in the world - he has operated his Fiddle Shop for over 30 years in Grand Anse, Richmond County. He brings his tools and instrument examples to Music Camp to demonstrate and describe the techniques of evaluation and caring for stringed instruments with particular emphasis on his specialty, building and restoring violins. Johannes will deliver a workshop for instrument owners and enthusiasts, and will provide on-site luthier services to campers, including assessment of their instruments, tunings, minor adjustments and emergency repairs.

Faculty listings above were last updated on May 12, 2015. Please stay tuned for further updates and additions before Camp takes place on June 5-7 this year.